Flowtank captures the natural force of gravity on an object or mass to encourage good exercise. Specifically, it uses the force of gravity on liquid or water to produce the flow. Water’s sensitivity to kinetic energy and movement produces a rapid change in motion. Here, kinetic energy can be explained simply as the energy of an object resulting from a movement it is subjected to or given. Think of the way a pebble touches a large body of water and creates lots of ripples spreading out across a wide area. This shows the effect just a small amount of kinetic energy has on the motion or flow of water.

When the Flowtank or a sealed object containing water (such as a half-full bottle or Flowtank) is subjected to kinetic energy, we get large bursts of motion. A total movement of energy is created, a macro movement, and using our cognitive ability we can largely predict what this movement will be. For example, if we turn the Flowtank from left to right, we understand that the water will follow in the same direction due to the structure and density of the liquid, the shape of the sealed object, the friction the liquid is working against and the direction of gravity. But there will also be countless micro-movements in the liquid that will cause the weight to shift. It is usually very difficult for humans to predict these movements because they involve a lot of forces acting in lots of different directions. 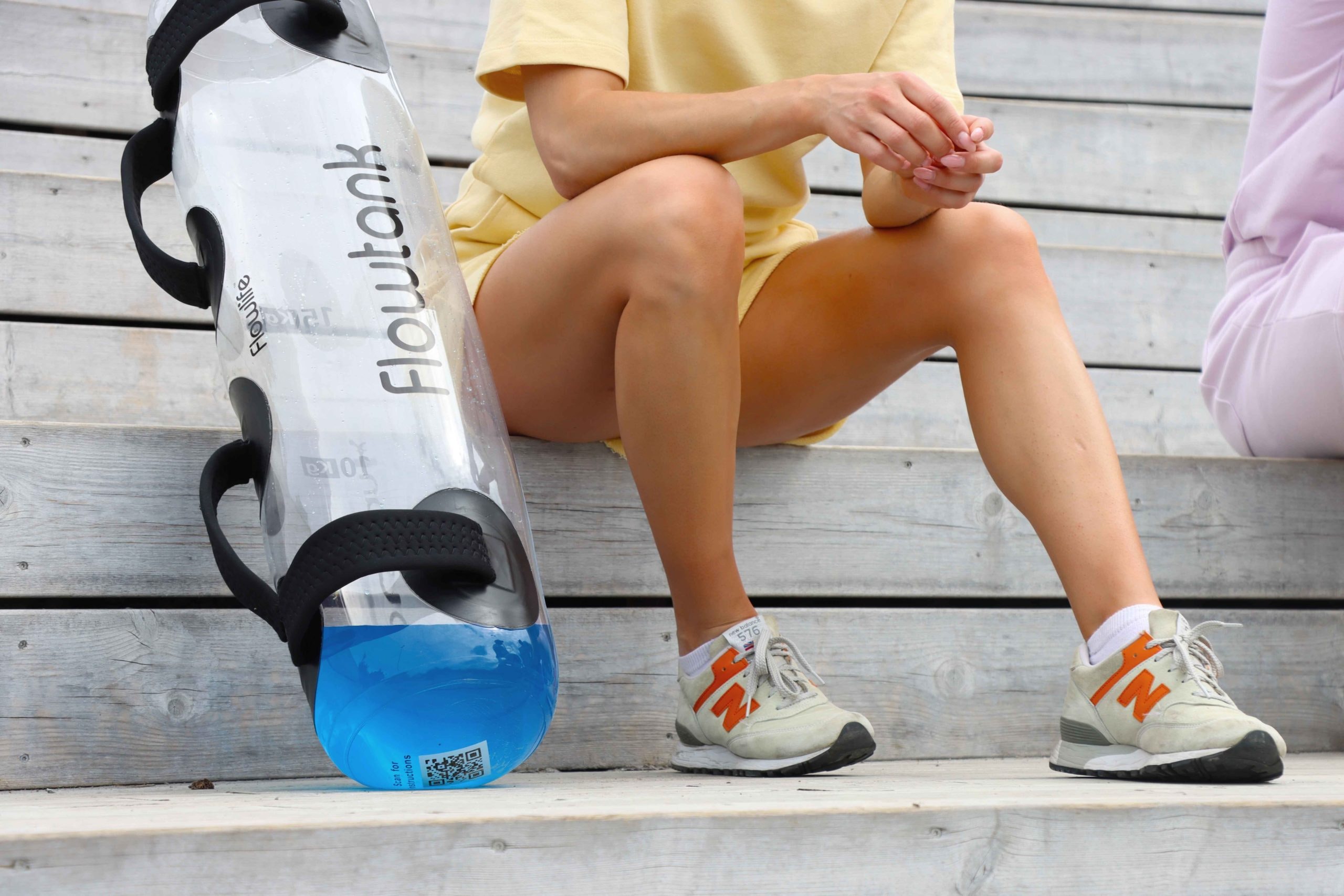 When we make musculoskeletal movements, a large number of contractions/muscular tensions take place in many of the body’s muscles. During these movements, the length of our muscles lengthens and shortens, as does the length of the muscle fibres. Our muscle fibres contain something called muscle spindles. These are sensory fibres that measure how much the muscle is stretched and how quickly the muscle fibres stretch when the muscle is lengthened. In the muscle tendons that attach to the skeleton we also find sensory organs called Golgi tendon organs. These are small organs arranged in series that record the force used to stretch the muscle. Via the nerves, these provides feedback to the central nervous system and spinal cord, resulting in the stretched muscle being tensed or relaxed to protect it from injury or overstretching. These functions also give us bodily awareness, a sense of the position of the parts of our bodies and how and where we are moving. Known as proprioception, this is an essential muscle and nerve function for survival and for the way the body functions in general. (Boron & Boulpaep, 2012)

Flowtank and the effect of proprioception in training

The clever thing about Flowtank and the movement of the water is that these micro-movements and forces generated in all sorts of directions lead to us dealing with a whole range of forces acting on biomechanics and movement patterns. Our muscles have to react extremely quickly to keep control of the movements with almost instantaneous muscle tension and relaxation. When muscle fibres are stretched and lengthened at high speed, there is a rapid response. The result is that we learn to work and react with our muscles quickly, which can also make us cognitively more prepared for rapid changes in the world around us that require us to react against them. It also means that we are training proprioception, a vital muscle function. 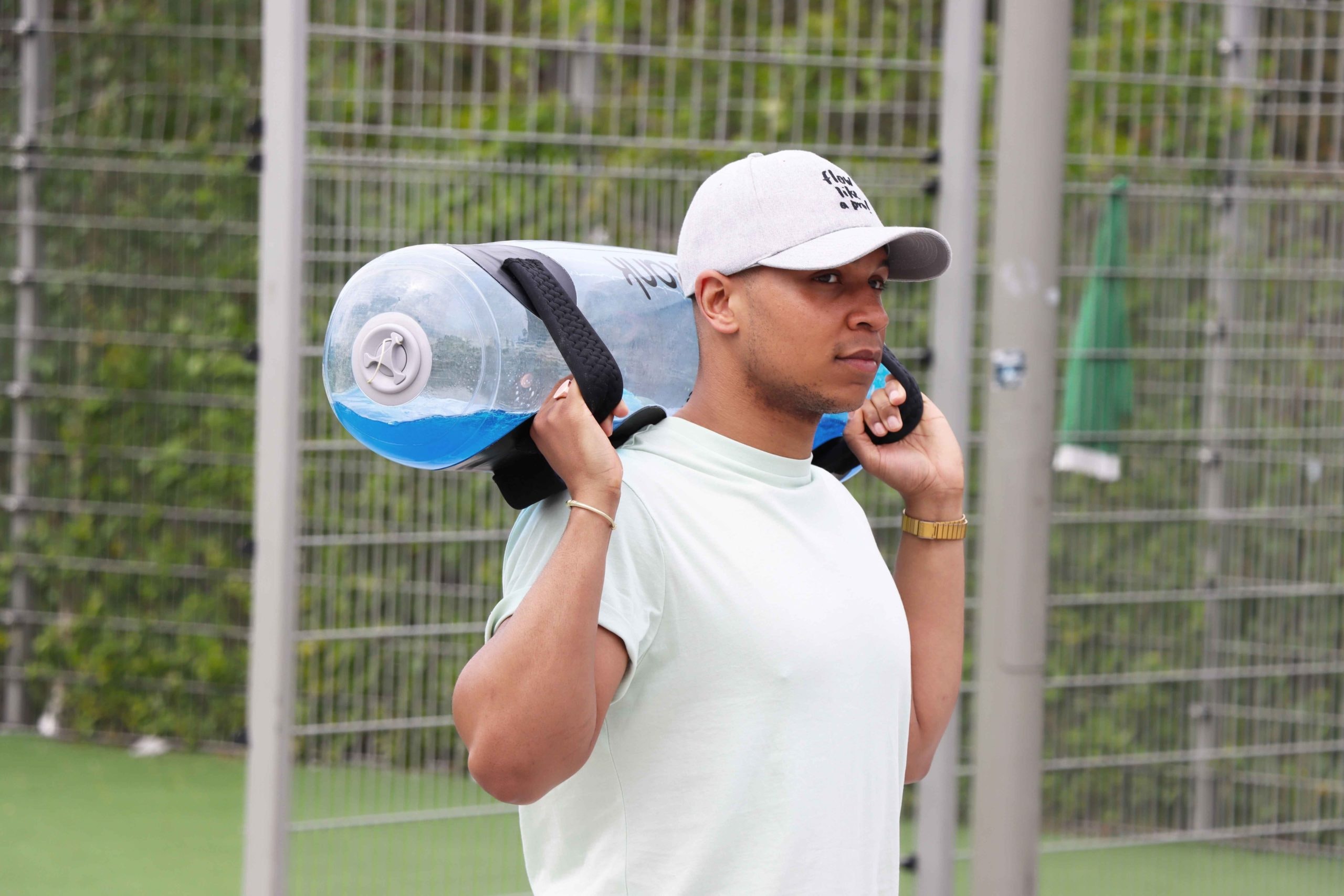 Physiological effects of proprioception - in practice

As Flowtank can be used to train both upper and lower limbs, we see very good responses from the smaller muscles in and around the ankles/hip (including supinators and pronators), as well as the stabilisers in the shoulders (rotator cuff) and the spinal proprioceptors (including the transversospinales along the spine).

Products in this article:

Your cart is empty.

8-12 days delivery, Only inside the European Union

Disturbance in the Flow