What is trigger points?

Trigger points are discrete, focal spots located in a taut band of skeletal muscles. They produce pain locally and in a referred pattern and often accompany chronic musculoskeletal disorders.

The pain caused by a trigger point can be local, i.e. hurt exactly where the trigger point is located, or reffered which means the pain is felt in an area other than where it's caused.

Active trigger points refer to pain to another part of the body than where the trigger point is located. Usually the pain increases when activating the muscle, for example when working out, being stressed or exposed to colder temperatures.

Why do you get trigger points?

Trigger points are very common. Some people suffer more from it than others, depending on whether the trigger point is active or latent. The most common cause is static work, which means that the muscle works without any actual movement, as well as overexertion of a muscle for a long time.

What happens when you get a trigger point? 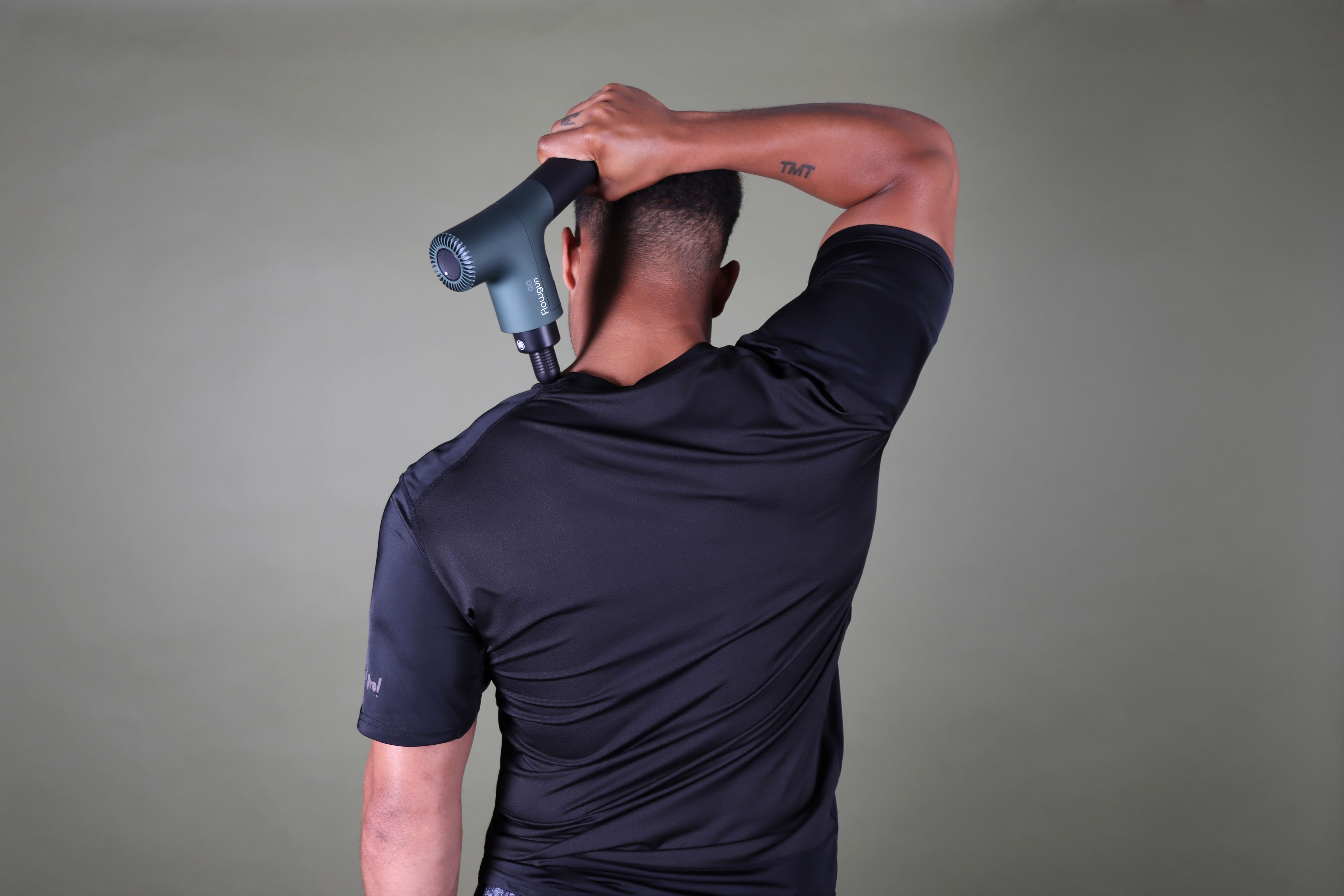 How do you treat trigger points?

Flowgun - More than a massage gun

Any of our Flowguns can be used to treat trigger points. Thanks to the interchangeable massage heads, you can choose which one that suits you and your needs. For trigger point treatment Flowlife recommends the massage head called Bullet. Bullet is developed for local treatment in larger muscles. Start by locating the area that's affected and then press the massage head against the sore point. Initially, the pain can be experienced very intensely but after 30 seconds to 3 minutes the pain and tension will be released.

Common muscles to get trigger points in:

Products in this article:

Your cart is empty.

8-12 days delivery, Only inside the European Union

Disturbance in the Flow